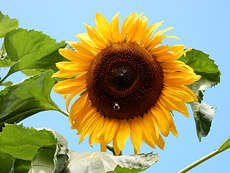 Lands End or Land’s End, where do you stand?

Last week Cornwall Council in the far west of the UK decided that Lands End will officially be referred to as Land’s End in the future (via discussions about Lands’ End, I kid you not).…

The knotty conundrum of punctuation in bullet points (and other stories)

Q: Why is it that this is regularly cited as a challenge by attendees on our copywriting courses?

A: Because bullet points weren’t around when the Victorians imposed grammatical rules on English, so we've improvised on ‘good practice’ and many of you have a sneaking feeling that there must be an ‘official’ rule out there.…

10 letters we dropped from the English alphabet

If like me you think the evolution of language is fascinating, then you’ll love this short video posted by David Crotty on The Scholarly Kitchen blog.…

A pleasing article for punctuation geeks

Warning for the squeamish: there’s some mild bad language in this article, forwarded to me by Laura Ingle who rightly thought that it would make me laugh.…

Words we invented by getting them wrong, fascinating!

Every organisation has its grammar pedant who firmly believes that rules are rules and should be upheld.…

One of the challenges of copywriting in publishing can be very close to home: how to negotiate with the (always senior) colleague who believes in following grammatical ‘rules’ at all times, even if the result is more formal and clunky than you want.…

Three quotes to cheer you the next time you're writing copy

I stumbled across all three of these recently, love them, they’re so true!

‘It is always better to have a few people read your advertisement and buy your product than to have a lot of them read it and do nothing about it.…

When to use hyphens, free guide from the Campaign for Plain English

You no longer hyphenate ‘web-site’, do you? What about ‘co-ordinate’? ‘Best-selling?’

Hyphens can cause a lot of confusion, but here’s some Read more

Tip of the week: A careless error can be all the message your reader sees

Last month I was listening to a US politician being interviewed on the BBC.…

I’ve been recommending this A-Z for over a decade.…